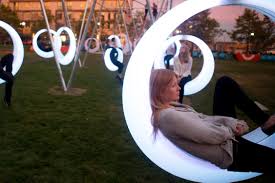 Elective: On 1 = raise finger, 2 = drift other hand level over neighbor’s finger, 3 = attempt and get.

The Kids structure a circle (stream) with one beaver left outside. The circle beavers then pass a moved paper (branch) around and the odd beaver needs to attempt to get it. At the point when the Kid gets the branch to fabricate his dam, another kid has his spot.

Sort out seats in sets of 3 around the room. Kids get  swing with lights in sets of 3 and sit on a bunch of seats. Coordinate it with the goal that one gathering is just a couple of children + a vacant seat. This pair needs to leave their seats and snatch an individual from another trio return them to their arrangement of seats. Then, at that point, the gathering who presently have 2 individuals need to get another person from another gathering. At the point when the music stops, the last arrangement of 3 to run are out. The game go on until there is just a single gathering left.

Kids are separated into groups, and they spread their seats out in a line before them. There ought to be an additional one seat for each gathering. They stand on the seats, leaving the keep going one unfilled, and on “GO”, the group need to rush to the opposite side of the corridor, by passing the vacant seat to the front of the line of seats, and afterward venturing onto it (then, at that point, they have a free seat that they can pass to the front.

Clock in the Pinnacle

Everybody remains all around and is numbered one to four. One individual stands in the middle. The players say the rhyme “The clock in the pinnacle strikes the hour”, and the individual in the middle applauds his/her hands 1,2,3 or multiple times. In the event that for example 3 is applauded, then, at that point, all the 3’s gone around the circle and the first into the middle replaces the clock.

Elective; with a major gathering of children increment numbers to 6 or 8 and so on.

Do You Cherish Your Neighbor?